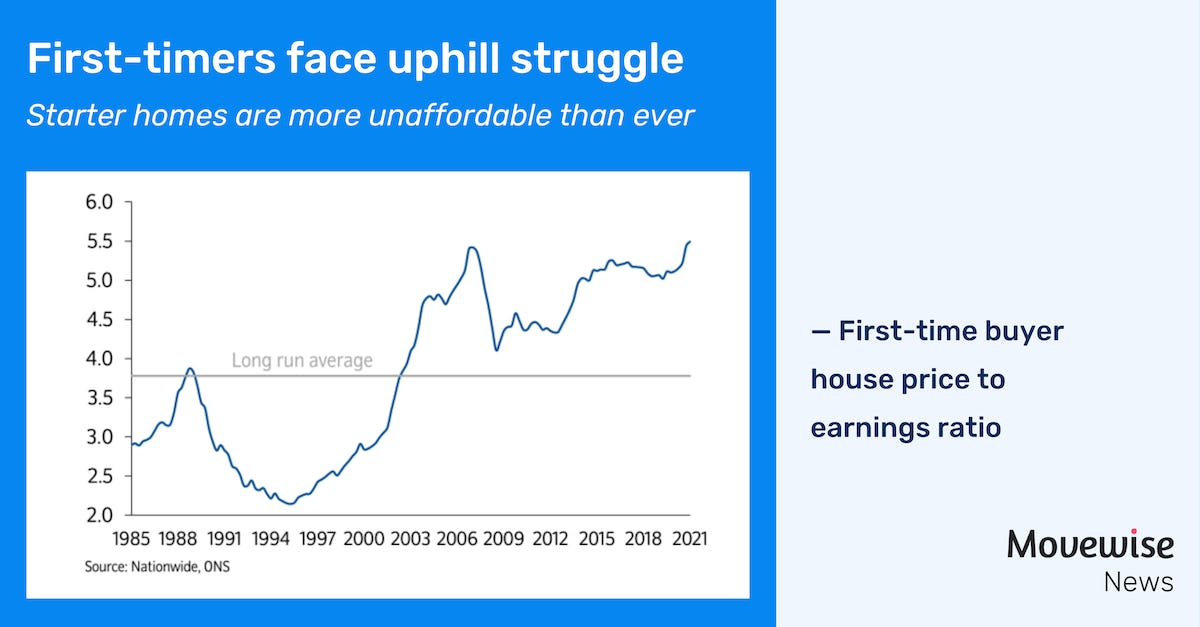 The plight of first-time buyers battling to get on the ladder was highlighted at the weekend thanks to an interview with Kirstie Allsopp in The Sunday Times. The TV property guru suggested (in comments she says have been taken out of context) that many young people could afford to buy a house if they cut back on luxuries such as Netflix and takeaway coffee.

The statistics suggest otherwise: when Allsopp bought her first home nearly 30 years ago, the average UK house price was £51,000. Adjusted for inflation, that's £112,000, a far cry from today's average of over a quarter of a million pounds. Data from Nationwide show that the average first-time buyer now needs to pay 5.5x their average salary to buy a house.

Allsopp also admits to having had help from her parents as a first-time buyer: something that she has in common with a growing number of today's FTBs. Savills estate agency estimated last year that 49% of first-time purchases were aided by the "Bank of Mum and Dad" last year, with total parental contributions amounting to £9.8 billion in 2021.

Meanwhile, a survey by Zoopla found that almost two-thirds of parents whose offspring have bought a home contributed to the purchase. The average amount given by generous mums and dads was £32,440 – and 11% of parents said they paid the entire deposit for a child's first home.

The Bank of England has increased its base rate of interest for the second time in less than two months. The rate has been doubled from 0.25% to 0.5% in an effort to control inflation, which is expected to reach as much as 7% this year. The Bank's governor, Andrew Bailey, also raised eyebrows when he said that workers should not ask for large pay rises, to avoid worsening the problem.

"Interestingly, we haven't seen any comments from sellers in relation to the interest rate rise," reports Movewise head of property, Kirsty Burnham. "Perhaps this is because they are still so low and mortgages are still very affordable.

"We are seeing a steady number of listings, but slower than that of the start of the month where sellers were keen to get listed as soon as possible after the Christmas break. Buyer demand is still high and there continues to be an overall lack of property available. However, price sensitivity also remains ever present, particularly for properties that require compromise in relation to outside space."

A reminder that there is just over a week to go until our first 2022 webinar: Selling property hit by the cladding crisis, on Thursday 17 February at 10am. It's a topic we have covered previously, and one that continues to affect our clients.

In this online session, our experts will cover several topics relating to the scandal of combustible cladding on residential blocks, including:

if there’s a topic you’d like to see covered to covered in a future newsletter or in one of our web articles, please drop me a line at robk@movewise.co.uk. Or if you want advice from our property experts, get in touch.

Have a great week!