Flats are twice as hard to sell 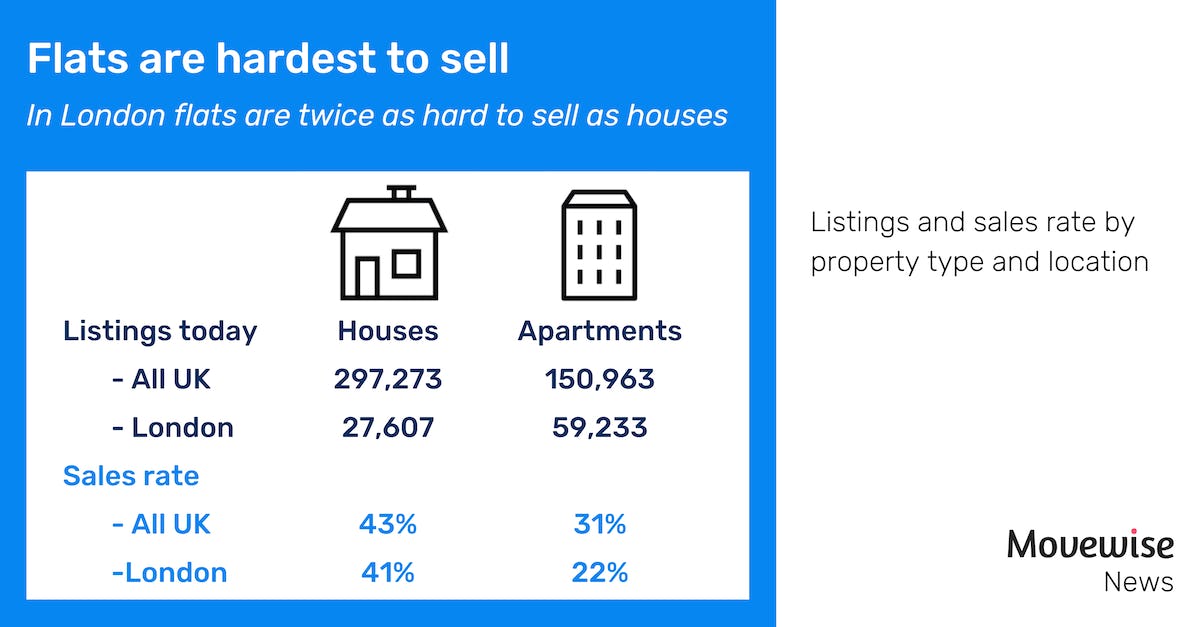 Flats are harder to sell

We’ve analysed UK wide data by property type and can see that there are twice as many houses as flats on the market. Houses are currently achieving a 43% sales rate whereas flats are finding it harder with only 31% achieving a successful sale.

In London this is more pronounced. London has twice as many flats as houses for sale and whilst houses are achieving a similar sales rate to the rest of the UK, flats are really struggling with only 1 in 5 achieving a sale.

London property valued over £1m is really having a very tough time with only 1 in 3 houses and 1 in 6 flats achieving a sale.

Despite talks of central bank rate cuts (FT: Negative rates) the high street banks are raising mortgage rates as demand for mortgages has soared and their ability to process applications has fallen. With many staff working from home their ability to process applications is lower than normal but the stamp duty cuts have created a surge of demand, allowing the banks to be far pickier and raise rates.

The FT reported Metro bank as having temporarily halted new applications entirely and the other major lenders withdrawing products and trying not to be in the top three cheapest deals.

We have still not seen a notable reduction in listings volumes in the covid hotspots of the North West, but agents are now reporting a significant drop off in viewings likely impacted also by half term.

London remains extremely challenging with a lot of nervous buyers performing masses of viewings but not making offers on anything at all.

Have a great weekend all.